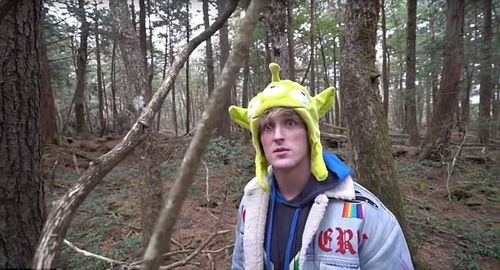 Famous YouTuber Logan Paul has been in deep waters with the press and his fans recently after he uploaded a video online featuring footage of a dead body hanging from a tree in the ‘suicide forest’ of Aokigahara, Japan. Before this scandal, Paul was earning $800,000 a month by filming funny videos for his 15 million plus subscribers. Although this scandal looked like it was going to ruin Paul’s career, a celebrity expert has claimed that he could very well save his career, as long as he goes ‘dark’ for now and putting his comeback off until at least the upcoming spring.

“The scandal will scorch him with advertisers, who opted out of his video library on YouTube and sponsorships faster than he could fly home from Tokyo,” said Eric Schiffer, Chairman of Reputation Management Consultants. Weirdly enough, Paul’s reputation on YouTube grew rather than diminished, for his subscriber list actually grew after the video was uploaded. According to Schiffer, it’s no surprise at all that many people swarmed to Paul’s page because people love to hear what the fuss is all about. He said, “People like total train wrecks, especially in viral videos.”

Schiffer believes the best thing for Paul right now is to get involved in suicide prevention and mental health organizations away from the cameras and give it “at least three-six months” to “let things blow over.” Schiffer suggested Paul could stage his comeback by going a live interview with a ‘really big name,’ showing how sorry he was and that he knows better now and that he will take what he learned from the brief time away from the spotlight to help the people.

One problem in this recovery plan is that YouTube is still considering shutting Paul’s channel down, as they’ve already cut business ties with him. A statement from the website on Twitter read: “We expect more of the creators who build their community on @YouTube, as we’re sure you do too.

“The channel violated our community guidelines, we acted accordingly, and we are looking at further consequences.” This means that if Logan is wondering how he can rebuild his career, he might need to think about doing it elsewhere.